tg : 5TH DIMENSION IS A LOT OF RUBBISH 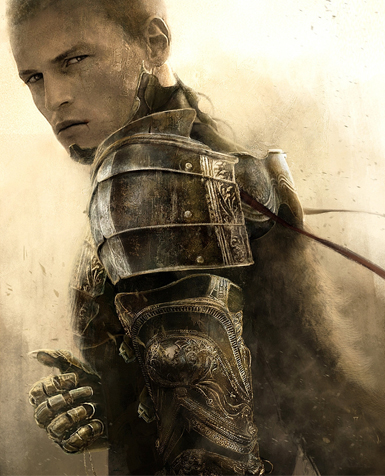 Fifth dimension is a lot of rubbish

I wanted to highlight something from part 2 that i feel is too important to miss for those who can’t sit through both vids, that speaks to our situation here on this planet.

in a nutshell:
“”The human potential is astronomical… If you think of our five senses… they’re like single notes compared to a symphony… So we’ve confined outselves quite deliberately into this minimal space we inhabit in the body. And we’re ready to break out of it again, so that at long last we can become a full human being back on the planet. And this is what the illuminati are trying to stop; they are trying to stop people from fulfilling that potential. For example, the American military announced a few months ago that we are using HAARP to flood the planet with extra low frequency wave.

And ostensibly the reason they gave was to uncover underground secret bases by Al-Quiada, because E.L.F. is ground-penetrating radar basically. The real reason for doing this is to counteract the earth’s shift in frequency from 7.56 Hz to 3.5 KHz. That’s what it’s there for; that’s what they’re flooding the planet with. And also, it’s trying to affect people’s ability to change consciousness levels because it’s trying to slow down the frequencies of the body to stop us undergoing this kind of change in soul-reintegration process. They’re using HAARP to create these sky spirals like the one in Norway in December… Russia and China about the same time.

And there’s also this phenomenon that’s coming up that people are describing as wormholes; they’re all HAARP generated quite deliberately to make us believe that aliens are entering our solar system… and orbit around our planet. Because ‘Ashtar Command’ which is one of the Annunaki made up groups along with the Galactic Federation; they’re all made up by the Annunaki and Hathor to make us believe that we cannot complete this process on earth… we must leave the earth… therefore all of these ships are arriving too because the Annunaki are such wonderful people to take us off the planet and transport us somewhere else.

Where they are going to take us they haven’t specified yet. But, believe me… there is no planet in the universe that is capable of supporting human life because earth is unique in that respect. And therefore, anyone who steps onto one of these ships isn’t going anywhere other than dead!

It’s as simple as that.

And this is what these sky events are there, I believe, to make us believe that there are a lot of ships arriving to help us ‘ascend to the fifth dimension,’ which again is something the Velon have come up with. We are not ascending anywhere. We’re doing the exact opposite – we are bringing the whole of the soul into the body.

And this thing about the ‘fifth dimension’ is also a lot of rubbish because the soul already contains 50 dimensions; why on earth would we limit ourselves to five? So that’s the whole process that’s going on at the moment – to try and prevent humanity as a whole undergoing this change and fulfilling our potential and becoming human again.”