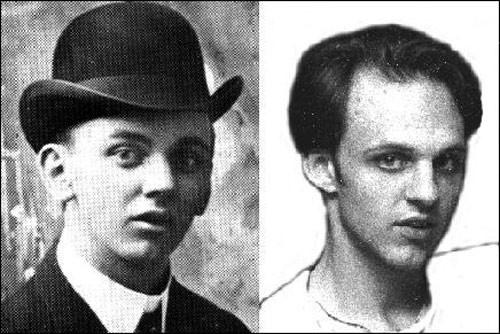 Selling tickets to people who will listen to brainwashing ?

Everyone seems to want to be the Messiah these days

We know that the “in the box” mainstream science doesn’t admit it, despite Einstein has been saying that’s possible. Impracticable, once (presumably) the equipment isn’t available, but possible.

.
The physicist Robert Forward noted that a naive application of general relativity to quantum mechanics suggests a proton, in a strong magnetic field, would deform into a cylinder, whose density and “spin” would be sufficient to build a time machine. Gamma rays are projected into the cylinder would possibly allow information (no matter) was sent back in time.

.
In 1949, the Austrian mathematician Kurt Gödel found a solution to the equations of general relativity, which showed the existence of so-called hairpin time-type that would exist due to the warping of spacetime caused by gravitation.

.
According to the Einstein’s theory of relativity, any material particle has a universal (cosmic sense) time-type line, that’s always confined to the so-called “local light cone.” This idea expresses, mathematically, the fact that nothing can travel faster than light. However, Gödel showed that gravitation can “bend” these light cones and make the curves of time-type, close up on themselves causing a return to the past. Thus, the matter could travel back to the past, through these cones.

It seems that the so called “wormholes” are light cones, naturally warped by a huge amount of gravitation. Just regarding, that none of these theories about time travel, found solutions to the issue of the “time paradox”

Above, model of wormhole that fits in Gödel’s time travel theory

Then, lets leave aside the theories and dig it in the practical life. According to former US navy engineer, Al Bielek, in 1943 Albert Einstein, Nikola Tesla and John Von Neumann developed a secret project to US navy, involving space-time bending, through the Tesla coins. This project, initially, was called “The Philadelphia Experiment”. After Tesla has left the project, it became “The Rainbow Project”, under the command of Neumann and in the later ’70s it became “The Montauk Project”. Just for this matter, but without too much details, according to Bielek and Phil Schneider, the Montauk stage, had full participation of extraterrestrial humanoids.

Lately, two whistleblowers, Dr. Lewis David Anderson and Andrew D. Basiago, a private lawyer in Washington State, the US defense community achieved teleportation in the late 60s and in the early ’70s, started to develop the so called Project Pegasus towards the time travel experiments. This timeline doesn’t seems too much precise to me, ‘cos the first successful US military teleportation experiment, has occurred during the tests with the USS Eldridge, in 1944.

However, my point isn’t to build a detailed historic profile of these alleged experiments, just gather some data to solidify this discussion. My point is to expose some pictures, published in the internet, that may to spice up the time travel subject. Lets see them:

In Dec. 11, 2008, a team of Chinese tomb raiders announced they found a Swiss ring-watch, after removing the covering of the 400 years old Si Qing tomb, from Ming Dinasty, placed in Shangsi County. Before you say it’s a hoax, take a look at these pictures:

Above, you can see that the supposed watch stopped working in 10:10

I doubt you have seen the last two pictures before. The western media avoided to publish them ‘cos they show the tomb where it was found and the massive coverage made by Chinese media. They took this very seriously and it suggests the tomb raiders aren’t hoaxers.

Above, two models of limited edition ring-watches made by LeCoultre and Rolex. Both were the first ring-watch models and started to be manufactured in the ’50s. So far nobody could explain HOW that Swiss tiny watch got inside a 400 years old sealed tomb…

A picture, originally posted in the Virtual Museum website, about an event that occurred in the ’40s, the reopening of the South Fork Bridge after flood in Nov. 1940, 1941, in South Fork Bridge, Gold Bridge, B.C. Canada. A guy shown in the image, that seems to be very out place:

Odd details in his figure. Lets dig it deeper:

Above, his sunglasses. At first glance the side shields could suggest a welding goggles model, but in the ’40s, simply there weren’t squared welding goggles.

Compare with this modern sunglass model, above…