DISCLOSURE : THE PIT – COVERED UP AGARTHA is being opened … meet the LORD OF THIS WORLD

THE DIVINE RIGHT TO RULE … KUMARAS 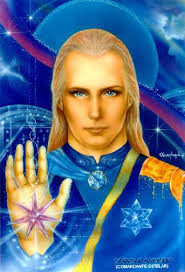 The UNDERWORLD and the ABYSS – Both Ruled by “SET” (SANAT) it is said that many of the true bloodlines from SET are sociopath’s and have hard wired Reptilian brains so feel no remorse, forgiveness, love etc. for MANKIND. Set was known in the 1st world as “LORD ABYTH SOL” (Saul), in the second world as “APSU”, in the third as “ANNU” and the 4th world as “AN.” In the 4th world are three Ptolemys the Sumerian, Egyptian and Hebrew coven ages.

We have been subject to many varying experiments over the ages by the Covens of SET.

BEHIND THE MASK of ASCENDED MASTERS

INHABITANTS OF THE PIT

“tall whites” etc…that would be the underworld’s nephilhiem.

They use our dead, as vehicles.

Wear our skin to appear as if they are ‘men’

Governments ban commercial airplanes from flying over this area, both the north and south poles, as they want to protect what is inside our planet.

They say that inside our planet are beautiful forests and oceans…

Tibetan sacred texts speak of a mystical kingdom called Shambhala, hidden behind snow peaks somewhere north of Tibet, where the most sacred Buddhist teachings — the Kalachakra or Wheel of Time — are preserved.

It is prophesied that a future king of Shambhala will come with a great army to free the world from barbarism and tyranny, and will usher in a golden age. Similarly, the Hindu Puranas say that a future world redeemer — the kalki-avatara, the tenth and final manifestation of Vishnu — will come from Shambhala. Both the Hindu and Buddhist traditions say it contains a magnificent central palace radiating a powerful, diamondlike LIGHT.

between 3rd and 4th streets

THE ONLY NEW THINGS ARE THOSE

THINGS THAT HAVE BEEN FORGOTTEN

THE Hierarchy of Venus

HUMANS ARE NOT THE PARASITES

WE ARE THE ONES WE’VE BEEN WAITING FOR

NOT ANGELS OR DEMONS

WORSHIPPED BY THE ELITE

← INES RADMAN : We ARE Waking Up
WARNING : EBOLA VACCINATION CONTAINS BIOLOGICAL NANOBOTS – count down to zerotime →