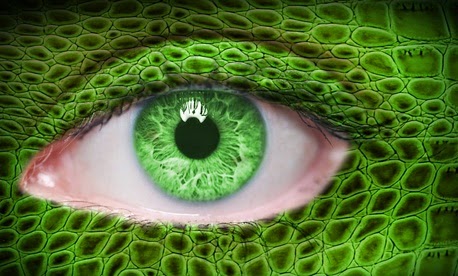 Their tentacles stretch to all aspects of our daily life. They control the banking system, the media, the pharmaceutical industry, the oil industry, governments, the stock market, most of the administration of justice, secret services, armies and the weapon industry. They influence science, school books, universities, journalism and Hollywood. Inventors who invent something in the field of free energy or other matters that could be a threat to the establishment are bought off, threatened or murdered. They are the owners of the largest mines, casinos, through the CIA they control the entire drug scene, sex slavery, etcetera.

Simply put: as long as you live your life obediently, pay your taxes on time and cooperate, they’ll leave you alone. However, as soon as you stray from the paved paths and start asking difficult questions or do something that hinders the leaders’ plans, your life can be turned upside down in no time. Thousands of troublemakers from world history, from JFK to Jimmy Hoffa, from Nikola Tesla to Stan Meyer, and from Martin Luther King to Buddy Holly, can (no longer) put in a word.

Fear is the weapon they use to rule, with the media as their faithful messengers. They try to make us afraid of everything. Because nature doesn’t really need to be feared, the problems are simply made up: terrorism, global warming, Mexican flu, cold war, acid rain, you name it. Nearly all the good news is kept from us, every paper and news broadcast is filled with frightening messages.

The malice of their actions and the lack of respect towards their fellow man is revolting, although they present themselves as philanthropists towards the outside world. Their favourite method of destroying human lives is by creating armed conflicts and wars. They generally do this by financing and arming both groups in a conflict and by spreading disinformation in order to set them up against each other.

Because wars can’t be created everywhere, they also aim at weakening our health, especially through cancer. This is going quite well. In the past only 1 in 1000 people encountered cancer in his life, nowadays this is nearly 1 in 2. Particularly their AIDS campaign was a decisive ‘success’. They created this virus, and other ones like SARS, bird flu and the Mexican flu, in their secret laboratories. They spread it through vaccines from their pharmaceutical companies, and then watched contently how it wreaked havoc throughout the world. And sometimes wiped out entire generations, like in Africa. Meanwhile they made sure that natural medicines against cancer, such as the cannabinoids in marijuana, have become prohibited worldwide.

The higher, the more corrupt. This is also the power of this system and the reason why so few people blab. As soon as they realise how the system actually works, they’ll have been part of it for years and feel accessory. They’re scared of the consequences if they speak up. Within the order of the illuminati it’s not exactly appreciated when someone talks. As has been said, a human life is worth nothing within those circles, so whoever becomes too bothersome is simply eliminated.

One thought on “DON’T MENTION THE REPTILIANS”