BOYS CASTRATED : Castration was regarded as a punishment for those who accused clergy of sexual abuse 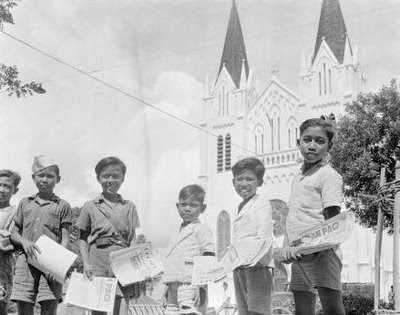 Henk Heithuis, while a minor, reported priests to the Dutch police for sexually abusing him in a Catholic boarding home.

Heithuis, the victim, was taken by police to a Catholic psychiatric hospital and then to the St. Joseph Hospital in Veghel.

Heithuis was then castrated, by the Catholic Church.

Castration was regarded as a punishment for those who accused clergy of sexual abuse.

Heithuis died in a car crash in 1958, two years after being castrated.

Many teenage boys were castrated while in the care of the Dutch Roman Catholic Church in the 1950s.

Government inspectors were aware that boys were being castrated while in Catholic-run psychiatric institutions.

There are allegations that Vic Marijnen, a former Dutch Prime Minister, is linked to the case.

In 1956, Marijnen was chairman of the Gelderland children’s home where Heithuis and other children were abused.

He intervened to have prison sentences dropped against priests convicted of the sexual abuse of children.

It was described how a cabal of highest level players, including judges, lawyers, top bankers, prime ministers and aristocrats were involved in child abuse and snuff networks (going right up to Bilderberg and the Nazi Stay-Behind networks).

“It was also described how this cabal could place their own investigators in leading positions of the child abuse investigations and dismantle it by blocking important inquiries, putting detectives on false leads, and making carefully planned leaks to friendly newspapers.”