M.T. Keshe: The New Reactor Will Change the Course of the Human Race

From the Keshe Foundation blog, by M.T. Keshe:

In years of research, I have been observing phenomenon which was clear to me, but somehow I did not want to deal with this concept as I was too busy with other matters of the technology.

But eventual this nagging knowledge had to be dealt with.

The result of some forty years of research in the past weeks has led us to the development of one of the most powerful energy and Magravs systems known in the world of creation.

To my knowledge this system can only be produced on Earth due to its chemical composition of its present matters.

I have seen the work of the miniature version of the system working as I have been carrying it for years, but it needed maturity of the knowledge and creation of the right environment before its release.

Now I am pleased to inform the forum, that we have and can produce one of the most powerful non-nuclear energy systems ever known.

Theoretically the full scale version can be done in days, but mechanically it can take up to six month to complete full control system.

The system will weigh less than 100 grams and its power production can be in the region of 1-10 MW or even more.

The systems Lift capability can be in the region of several thousand tones and the system Magravs boundary can be made to cover several kilometers.

I have seen this reactor in miniature working about eight years ago and it was so amazing that I did not want at the time to deal with this.

But through the medical research in the past weeks, there are no alternative but to go ahead and test the power of this new technology in full.

I talked about this in my lecture in Tesla meets Keshe in our center last year, and no one in the audience grasped the concept.

Now we are ready to fully design and develop this technology with its full applications and implications.

This new system once operational can meet most of nation’s needs for power, energy for automotive, space motion, environmental cleanup; medical, water shortages, hunger and so forth.

The process of production of this reactor is very easy and we try to make the system in miniature reactor in collaboration with one of the world leading nations in the coming month in our work with them.

I can see that the two mobile phone systems to produce as much energy as one needs to live a comfortable life, which I have been talking about in my lectures, is now fully realizable anywhere on this planet at the cost of a cup of coffee or a can of soft drink.

The home unit should not be hard to make that it can produce as much as one’s needs for clean water and energy using a mobile phone anywhere on this planet.

In Africa this will change the course of humanity as even in the remotest villages there is a mobile phone, which it can produce the energy needs of the whole village.

This system has been the dream of universal Magravs producing cultures, and this puts human race at the forefront of the universal power and space motion technology, due to uniqueness of the Earth’s physical Magravs structure.

The earth now with this technology becomes the center of universal lift and motion systems as this systems cannot easily be produced in space even though the knowledge to produce materials are known to other civilizations.

I will try to explain this in details in the near future, as I have physically to make a new version, but this new reactor technically make energy crises of the present time irrelevant and the whole energy supply of all nations can be met in a few months without a need for overhead cables and small satellite energy systems.

We invite the major power producing nations like France and USA and companies like Suez which has been actively trying to discredit and blocking us for years in universities and governments across the world to arrange a conference for discussion and the commercialization of this new technology as from now on there is no more energy crisis.

I was going to announce this development in Varna-Bulgaria last week in the three days conference, but I needed time to secure some points that our lives will not be in danger, now we are ready to take on major world nations for the balance of power in energy and space motion.

This new technology makes a nation like China energy self-sufficient in matter of month as they have all the materials they need to produce and meet their internal demand for energy and water production.

We promised the course of change through world peace, now we deliver the tools of peace to every nation and man on this planet.

We have secured our knowledge through appropriate channels that this technology by taking me out will not be blocked. 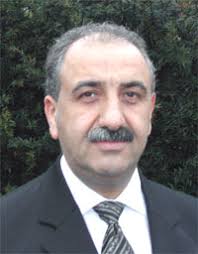 of nations that they can collectively in collaborating they can bring balance in the world energy and spaceship program.

M T Keshe
The director of the Keshe Foundation