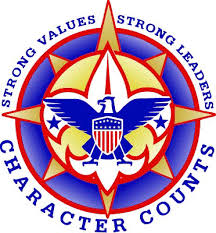 Again and again, decade after decade, an array of authorities — police chiefs, prosecutors, pastors and local Boy Scout leaders among them — quietly shielded scoutmasters and others accused of molesting children, a newly opened trove of confidential papers shows.

At the time, those authorities justified their actions as necessary to protect the good name and good works of Scouting, a pillar of 20th century America. But as detailed in 14,500 pages of secret “perversion files” released Thursday by order of the Oregon Supreme Court, their maneuvers allowed sexual predators to go free while victims suffered in silence.

The files are a window on a much larger collection of documents the Boy Scouts of America began collecting soon after their founding in 1910. The files, kept at Boy Scout headquarters in Texas, consist of memos from local and national Scout executives, handwritten letters from victims and their parents and newspaper clippings about legal cases.

But the files are also littered with horrific accounts of alleged pedophiles who were able to continue in Scouting because of pressure from community leaders and local Scouts officials.

The files also document other troubling patterns. There is little mention in the files of concern for the welfare of Scouts who were abused by their leaders, or what was done for the victims. But there are numerous documents showing compassion for alleged abusers, who were often times sent to psychiatrists or pastors to get help.

One of the men said he held an all-night party at his house, during which he brought 10 boys, one by one, into a room where he committed, in his words, “immoral acts.” The same man said he had molested Scouts on an outing two weeks prior to the interrogation.

But no one was prosecuted. Once again, a powerful local official sought to preserve the name of Scouting.